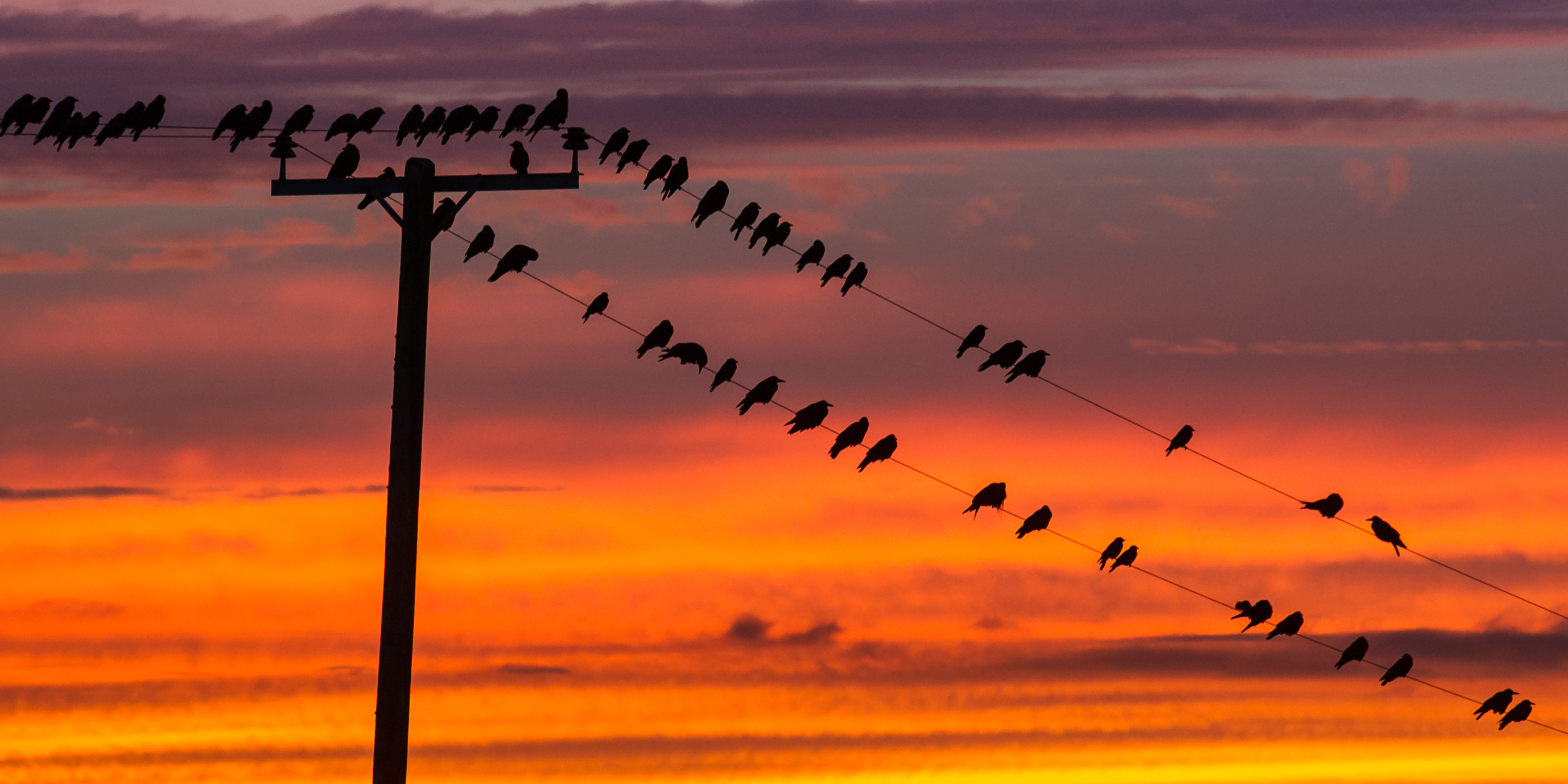 I’ve missed a train. At Eastbourne station, a place I think of in blurred stills, snapshots of commuters running from one platform to another, me among them, there is an unexpected calm. I have half an hour to wait so I sit down on a metal bench. It’s a chilly afternoon at the end of April but on platform three a weak sun is attempting to sketch some shadows, drawing thin pencil lines behind the columns that support the roof. For a few minutes it gets stronger, the lines on the concrete darken, the warmth becomes tangible through my coat; then clouds close the gap and the air resumes its bite. At the opposite end of the platform, beyond the end of the shelter, I notice a pair of rooks. They’re walking towards me, sometimes hopping over each other, sometimes stopping to inspect something, occasionally croaking a low croak. As they steadily work their way along the empty platform I sit still and hope my presence won’t put them off.

I am a fan of the rook. They have a certain swagger. You know that they’re up to something. You know that they’re happily living their lives with or without you. Yes, these two might be out looking for morsels of food dropped by careless humans but it doesn’t appear to be a life or death scenario. If we’ve connected the rook, through folklore, with portentous themes, such as the ability to predict bad weather (rooks flying upside down – a playful manoeuvre) or the ability to predict a death (an abandoned rookery) then we’ve overlooked the possibility that, in their day-to-day activities, they might just be having fun.

Certainly rooks are intelligent creatures. Researchers have confirmed this, providing tame rooks with fiendish tests to work out, the reward a grub or other titbit. From this we know that rooks can make tools, bending bits of wire into hooks allowing them to fish out food from test tubes. Tool use doesn’t appear to be an activity practised and passed on in the wild so this suggests the ability to problem solve, something that rivals habitual tool users such as the chimpanzee, questioning the mammalian-centric evolution of intelligence.

As social birds rooks live in treetop groups and gather in noisy evening conferences. I wonder if the ones drawn to train stations aren’t attracted to do so by the similar gatherings of humans. Certainly from the opportunistic perspective – Corvus frugilegus, their Latin name, means ‘food-gathering’ – but beyond that by the shared patterns of behaviour train stations encourage (albeit forced by timetables), where flocks of people themselves regularly come together in raucous groups. Some years ago a pair of rooks frequented platforms five and six at Exeter St Davids. Waiting for the train to Totnes or further west I often had plenty of time to watch their inquisitive beaks test scraps of discarded sandwiches or, on one occasion, half a jam donut. Things they couldn’t manage elicited an irritable squawk. Their communications with each other seemed complex, direct and occasionally funny, a mixture of strange clicks and wheezes punctuated by the occasional ‘kaah!’ They tolerated us in their territory as providers of tasty and unusual scraps, sometimes ferrying larger finds by wing to the less populated ends of platforms where they might eat undisturbed.

Two minutes to go and the platform has filled up. The rooks are still heading towards me, now zigzagging between suitcases on wheels and small groups of people. A child watches them carefully. Nearing my bench the noise in the rails of the approaching train startles them. Blue-black feathers catch the light as they escape upward, shouting to each other, perhaps laughing or complaining, as the train glides in.