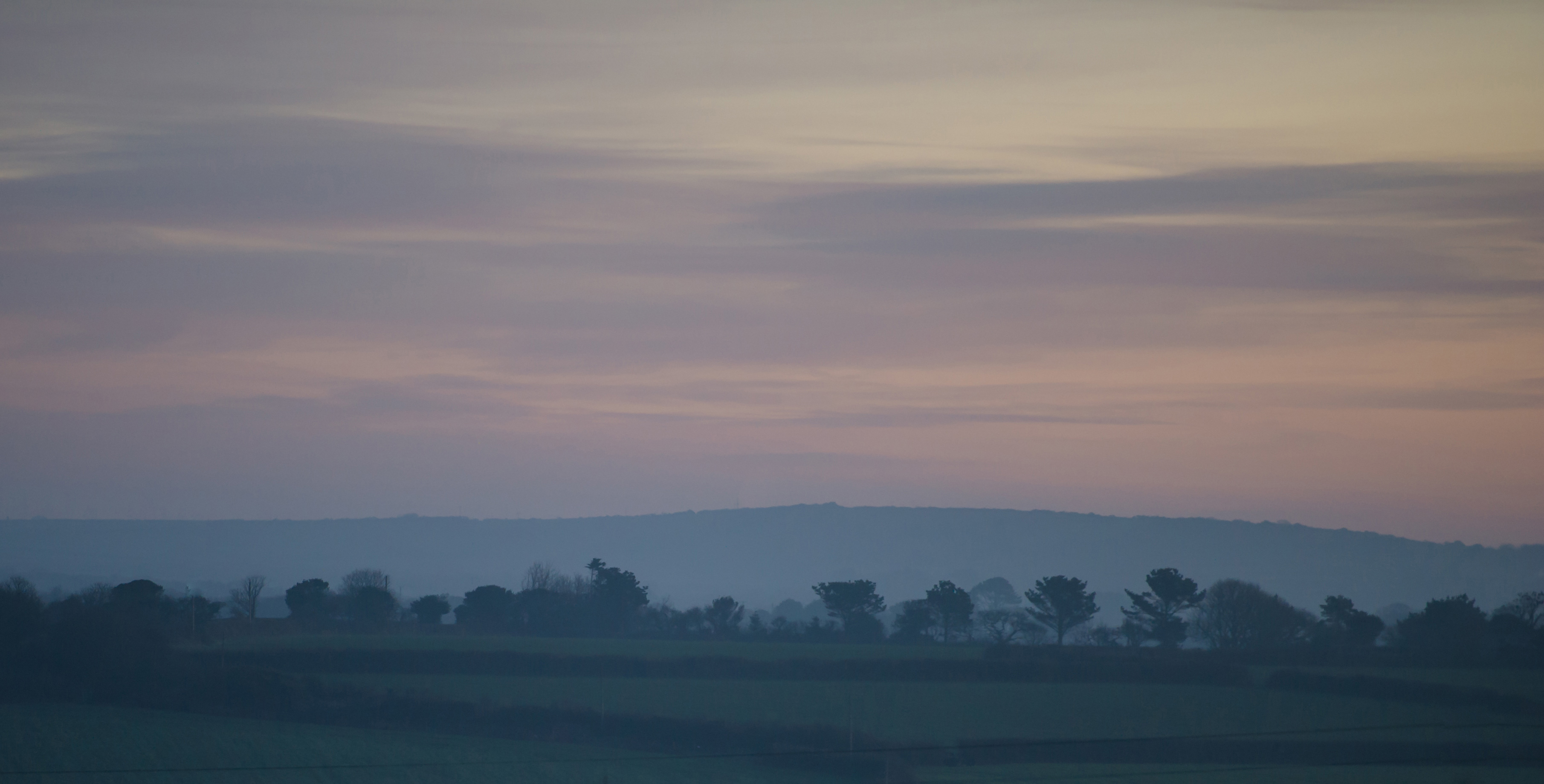 I like the accidental names. There’s a sign by the footpath, painted in capitals by an uneven hand: TOTHE WOODS it says, a gap only between the ‘the’ and ‘woods’. A black arrow points the way up a steep muddy path. To the woods it is, or Tothe Woods as we now call them, which brings up questions: is it pronounced Toe-the, with a soft ‘th’ at the end, or is it more like tooth? Perhaps there should be an accent: Tothé. We don’t know. Can’t decide. But at least we now have a name for this little group of trees, perched high above the sea on the uneven clifftop. Tothe Woods.

The stillness is contagious. November, and the sky is slowly pulling away from the land, leaving behind ghosts – ghosts of clouds, ghosts of vapour, in places, small clusters of skeletal, ghost-like trees. The earth is quiet beneath the gathering leaves. We stand still and listen to the blood in our ears, our heartbeats. We stand still among the stained-glass reds and yellows of the leaves still to fall.

The dark gathers early on these afternoons. It runs along the tree trunks, drips onto the woodland floor, colours in the gaps between the vertical lines. Outlines begin to blur as shadows bloom and grow stronger. Even among these few trees the grains of dusk start to leach the colour from the air. A ship, anchored far out in the bay, blazes with light, the sea around it lilac, then purple, now dark grey. It’s four o’clock in the afternoon and the monochrome palette of night is already tangible, is already staking its claim on the next few hours.

Light is the currency at this time of year. Is it any wonder we set fires, set off fireworks? Traditions of light-bearing festivals occur in many cultures now, both a celebration of and a brave farewell to the light, as well as an acknowledgement of its absence now we start winter’s journey. Sliding down the path out of the woods I can see the orange glow of streetlights along the coast road as they flicker into life, counterpoint to the headlights of the occasional car. The dark has settled quickly; looking back at the trees they appear as one solid mass of black against the lingering silver sky.

Walking home we have been claimed by artificial light and can no longer see beyond its glow. The sea is quiet to our right, nibbling at tiny kelp mountains arranged on the sand, dissolving into night beyond the white breakers. The stillness remains. A car door slams and an engine starts; somewhere a dog barks. Houses and streets replace the darkness of the trees. I think of Tothe Woods, silent and dark, holding perhaps a greater dark within its core of spidery branches, a beacon of dark on the cliffs, broadcasting its message of stillness and silence outward over the waves, inward across the land.