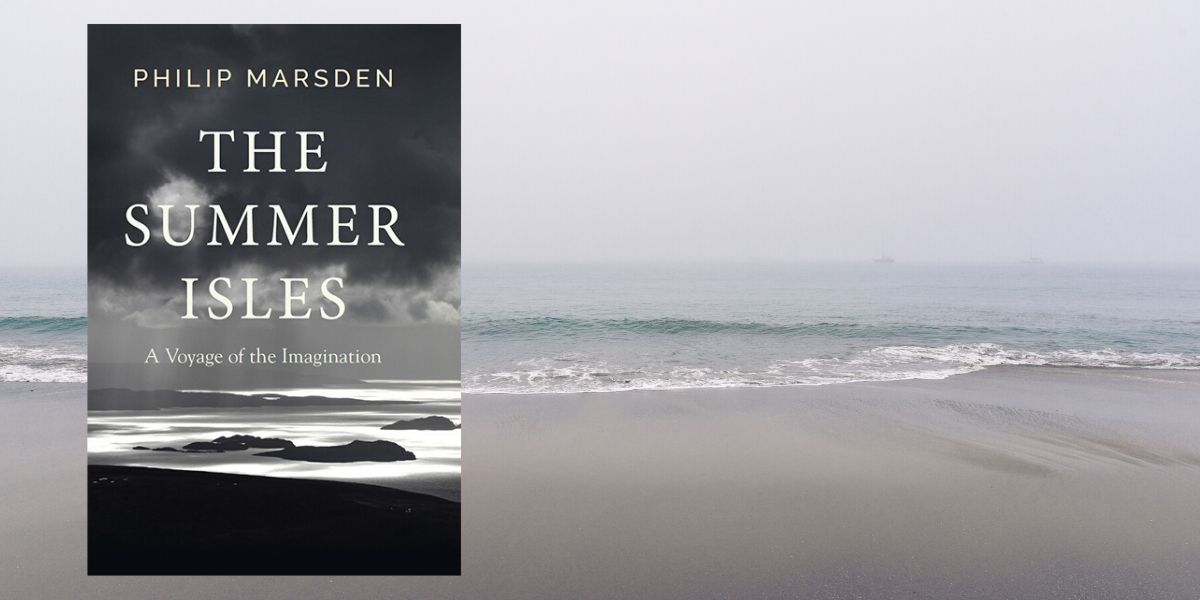 In an old wooden sloop, Philip Marsden plots a course north from his home in Cornwall. He is sailing for the Summer Isles, a small archipelago near the top of Scotland that holds for him a deep and personal significance. Laura Beatty reviews this beautifully written account of the search for actual places, invented places, and those places in between that shape the lives of individuals and entire nations.

When I was about twenty one I came across this description of the imagination at work, and in a lifetime’s reading I have never found a better one. It was written in 1664, by John Dryden, in a preface to one of his plays. This was yours, he tells his sponsor, ‘long before it was a play, when it was only a confused mass of thoughts… in the dark; when the fancy was in its first work, moving the sleeping images of things towards the light.’

The rest of the prologue was impenetrable, but I never forgot those ‘sleeping images’. I have always seen them as islands, half seen, half intuited, the suggestion of a deeper blue, like a bruise, on the horizon. That pull and promise is just what imagination feels like; its otherness, its combination of adventure and discovery, something out there, beyond you, that you have to go and find, waiting for light, waiting for footfall.

What is so compelling about this book is its insistence on the twinned nature of reality - on the effect of the imagination, the sea-change that it works, on the places we live and the people we are.

I have never found a better description of the imagination at work I should say, until now. Because Marsden’s The Summer Isles, subtitled ‘A Voyage of the Imagination’, is just that. On the surface of it, this is an account of a journey, made in a small wooden ‘sloop’, round the cut-toothed coast of Western Ireland and on to the Summer Isles. It is a real journey, an adventure, most of it single-handed, through difficult seas, through rain and fog and wind and occasional sun. It takes plotting on charts and waiting for tides and thinking on your feet. And these parts of the book are as nail-biting as Conrad; the text thick with technicalities. We have to manage ‘halyards’, ‘cleats’ and ‘prop-shaft brackets’. We have to ‘stand out’ and ‘harden sheets’. We have to put on ‘lines’ and ‘shackles’. Again and again we cast off with the relevant prayer in our mouths, head out through heavy seas, to stand against the tiller hour after hour; cold, wet, climbing the swell, staring ourselves blind into mist for landmarks, because the sea is the sea, and shipwreck is always a possibility. Make no mistake, these are real things.

Then, every now and again, we make landfall and as our foot touches the shore, thank goodness, we think. Here is solid ground. Here is steadiness in solid places: lost houses where the door sticks and flies buzz in the casements, cliffs covered with sea-pinks, ruins. Here too are steady, solid people: the swaggering yachting bores in the pub, the painter, Derek Hill, in his lonely hut, a Kurdish doctor and his Lithuanian girlfriend.

But nothing in this book stays steady. Things shift and change. As if land could suddenly turn into sea we are out again, just as we settle, tossing on a different swell, looking at place through the distorting fathoms of its story. Some of this is local history, the fortunes of particular towns or islands. Some of it is memory, sad tales of fishermen lost at sea, drownings, desertion, disappointment. And some of it is myth which Marsden, who has studied old Irish, knows in the original. There are wonderful things here. Cuchulain jumping from cliff top to rock, pursued by a woman, boats full of monks who sail past Hell, sleeping kings and weaponised pigs and local sprites who live in holes. On the Blasket Islands a church and churchyard float up into the air and drift off to look for a new site. And once, as a ship sailed through the sky overhead, a church-full of monks spilled out to catch its hanging anchor. ‘High above them,’ as Marsden tells it, ‘they watched a sailor jump overboard and swim down to free it. The monks held the sailor. ‘For God’s sake,’ he cried, ‘Let me go! You are drowning me.’

Some of the people we encounter are living, some dead and some remembered. Some are figures of myth. Some slip in and out of their memories, during the telling, like ghosts in their own lives. But if you hope to hold them like the air-drowning sailor, if you hope to pin them to one realm or another, you’ll fail. It’s so hard to tell what is real from what’s not.

In this way we make our shimmering progress towards the Summer Isles. Because, like many of the best stories, this is also a quest. It is the honouring of a debt to the beloved dead, in this case an aunt, killed in a climbing accident, to set foot on the islands so often dreamed over together in Marsden’s youth.

Marsden is a subtle and elliptical writer. He never overstates and he is always doing more than it looks at first glance. So at the same time that this is both history and adventure, it is also a journey inward. We know this. He has been doing it for a long time, charting the imaginative third dimension, the strange expanses of our long response to the places in which we find ourselves. What is so compelling about this book is its insistence on the twinned nature of reality - on the effect of the imagination, the sea-change that it works, on the places we live and the people we are. It isn’t possible to see one without seeing the other. It isn’t possible to differentiate.

Very early on, at the book’s beginning, he sets out his stall. We are sailing, in sharp October sun, in precise conditions: short seas and a following wind. There is an anemometer, navigation equipment. We are in a particular geographical location, between Fowey and Dodman point. And then something strange happens. Some land appears that is not there. It is an optical illusion, a distortion caused by the atmosphere, a refraction of the sun’s rays. As if we too were looking through the binoculars, we watch the rocks alter and multiply, ‘their bluish shapes suggesting an entire archipelago.’ We know what this is. It is a trick of the light. ‘But something about the sight of new islands,’ Marsden says, his eyes fixed on the image, ‘caused me to suspend disbelief. I found myself picturing gull-flecked cliffs. I could hear the cries and see caves beneath, and breaking waves; I could see along the coast to where there were beaches and dunes and small houses pale in the sun, and people in strange dress moving along grass-centred tracks, driving herds of white cattle. A tiny split had opened in the fabric of the world, and I found myself eagerly passing through it.’

The imaginative brilliance and precision of that shift from ‘picturing’ to ‘I could hear’ has us hurling ourselves after him, forcing the rent in the world’s fabric wide enough to slip through. This is what humans do. They imagine. And this is the book’s true journey. No sooner have we anchored ourselves in one reality than we are swinging out again into the shimmer of another; another time, another imagined place. The little wooden sloop’s negotiation of the west coast’s tricky waters is our own. We switch and turn, tacking between real and imagined land and sea, in a constant, flashing change, unable to tell which in the end is more real, because Marsden, more than anyone, understands that imagination, in its ability to conjure islands, is a solid thing. 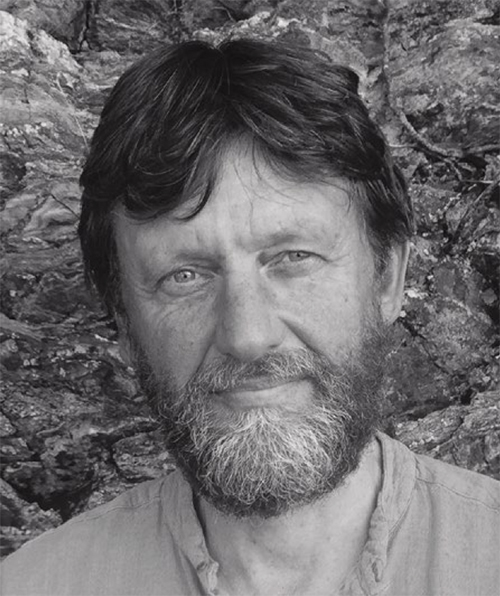 Philip Marsden is an award-winning author of a number of works of travel, fiction and non-fiction, including The Bronski House, The Spirit-Wrestlers, The Levelling Sea and, most recently, The Summer Isles.

He is a Fellow of the Royal Society of Literature and his work has been translated into fifteen languages. After years of travelling, he now lives on the tidal upper reaches of the River Fal in Cornwall with his wife, children and various boats. 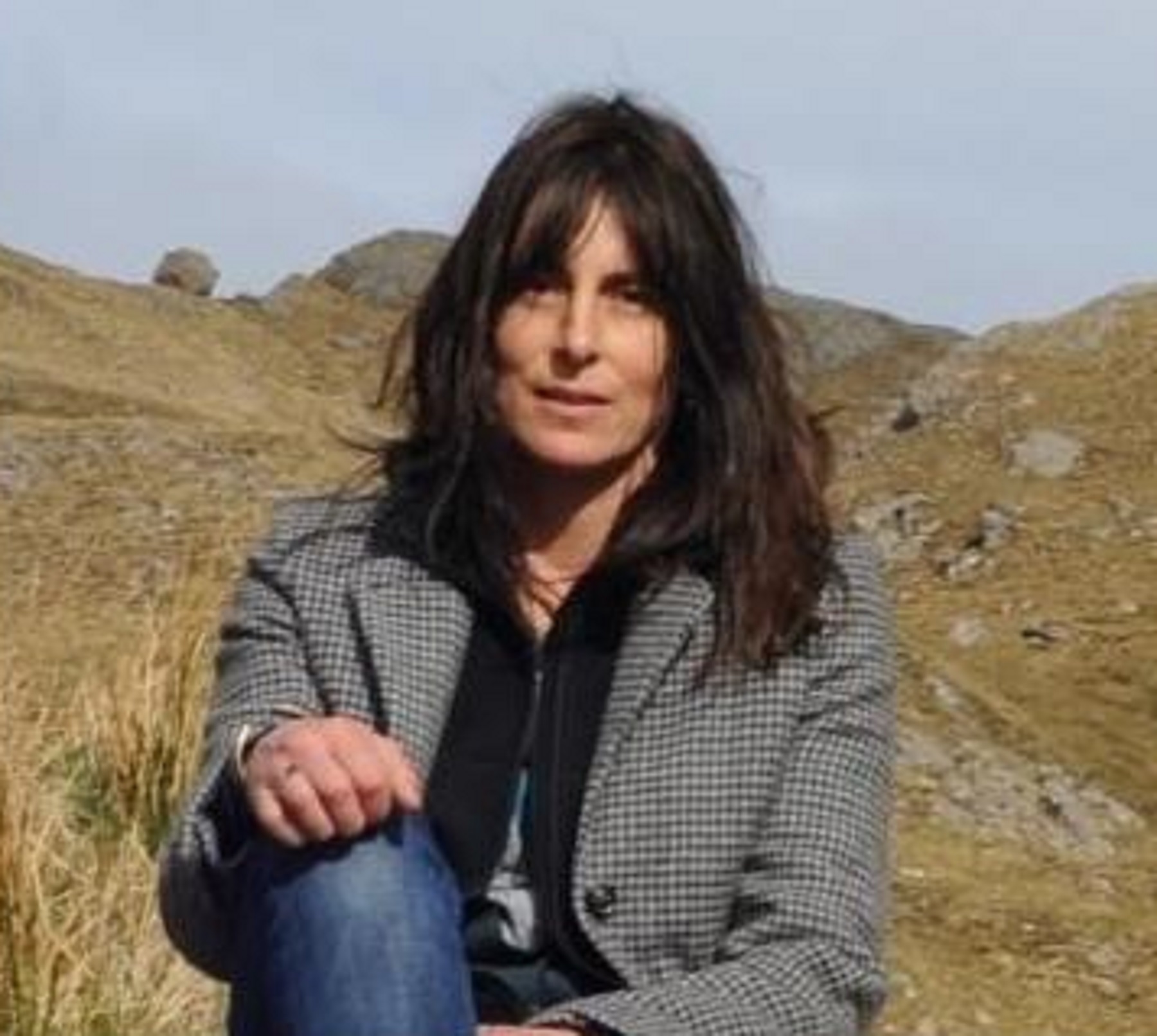 Laura Beatty is an author whose debut novel Pollard won the Authors' Club First Novel Award in 2009 and was shortlisted for the RSL Ondaatje Prize. Her second novel, Darkling, was published in 2015 and her most recent, Lost Property, in 2019. She has also written a biography of Lillie Langtry and of Anne Boleyn, The Queen Who Lost Her Head.

Laura is Royal Literary Fellow at the University of West England and lives in Bath, England.